New concept for the US Marine Corps A potential replacement for the Marines' 20-year-old air cushioned ship-to-shore craft has foam runners and a massive payload.
Officials with the Marine Corps Warfighting Lab, in conjunction with the Office of Naval Research, conducted a technical assessment earlier this month with a half-scale version of the Ultra Heavy-Lift Amphibious Connector, a high-tech craft being developed as an option to replace the Landing Craft Air Cushioned as a vehicle to bring troops, vehicles and gear ashore. The UHAC has also been discussed as a replacement for the Landing Craft Utility, another Navy ship-to-shore connector, but Warfighting Lab officials said they were especially interested in how the UHAC stacked up against the LCAC. 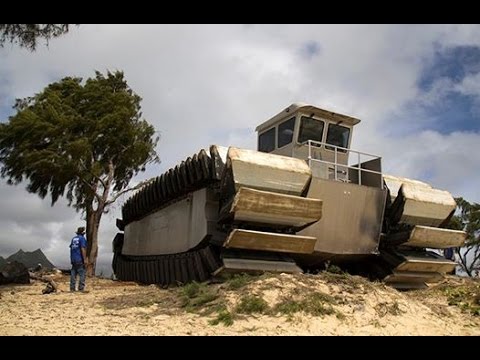 The top 10 most useful tolls and tips

How to make a TRIP-WIRE ALARM

Fleet of 657 scrapers bringing down hill