I came upon this scene in early 2004 while talking a walk during my truck's alarm installation at the Trace Fork shopping center in South Charleston. The articulated dumper's trailer had overturned while emptying its load, and two excavators came to the rescue to pull the trailer upright.

The location here was behind what is now the ice rink (near Lowe's and former Circuit City), between the shopping center and Jefferson Road. 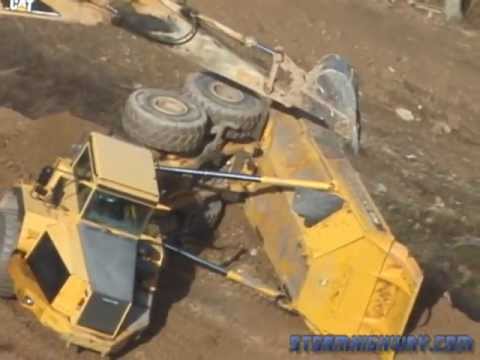 Bulldozer Battle on the Streets of China | This is China

Excavator unload from a Truck in a different way

345CL Excavator Pulls Out 2 Deere Dozers From a Canal "Stuck?"