The tractors ascend while pulling is nothing new. Often you can see that with the little ones.
But that's not what you want with the larger four-wheel tractors. Since then go loose one third traction easily lost, which can cost the participant the victory.
Here, the front weights were specially filed so that it is even light enough to rise. The rear weights remained to balance on it. 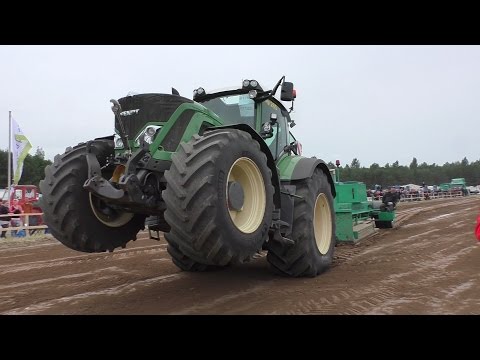 Lawn mower chopping with self drive Claas Wiesel and Schlüter

How to grow peanuts in America

The Amish Way of Making Hay