Norfolk Constabulary has released footage of Nicholas Churchill’s rampage in a dumper truck while high on drugs in July 2015.

The video shows the truck veering across roads and ramming police vehicles. Churchill, 40, was sentenced on Friday to 14 months prison and banned from driving for two years for charges of dangerous driving, aggravated vehicle taking, and driving while unfit through drugs. 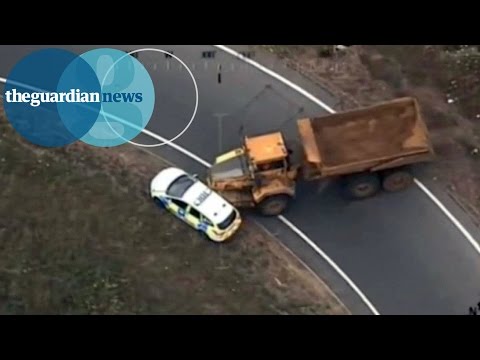 Will he ever get this excavator out?

Caterpillar 349F or The Volvo Excavator

When a 19 year old says he’s a Pipeline Operator..

He made that look so difficult﻿