Block paving is an alternative to asphalt roads and is typically used on streets with relatively slow traffic, having a better aesthetic effect. However, the process of brick laying is time-consuming as it is done manually and can by quite harsh on the workers’ backs and knees. An innovative machine, launched by the Dutch company Vanku B.V. and named Tiger-Stone, can lay various interlocking patterns of bricks simultaneously in a short period of time with much less effort for its operator. The six-meter-wide device is amazingly simple to operate and is nicknamed ‘Road Printer’ due to the way it works. 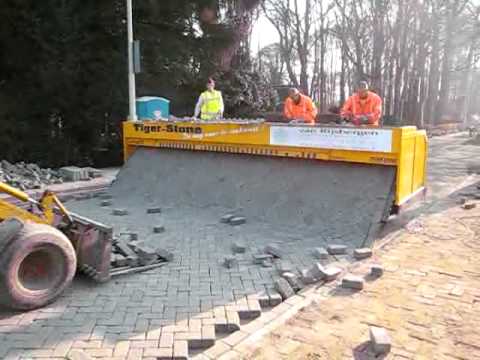 This Guy Has Some Serious Backhoe Skills

He is the most Insane, Skilled, Skid steer Operator in the World