The incident, which occurred on Sunday August 30, was caught on camera by Ryan Eddy, 30, who rushed to the scene to aid the stricken driver when his friends text him to tell him of the amusing ordeal. It took a team of locals, and a tractor, over five hours to free the supercar from Marazion beach, near Penzance, Cornwall. Eventually, after snapping the Bentley’s towing eye, the car was freed, much to the relief of the young Russian owner. 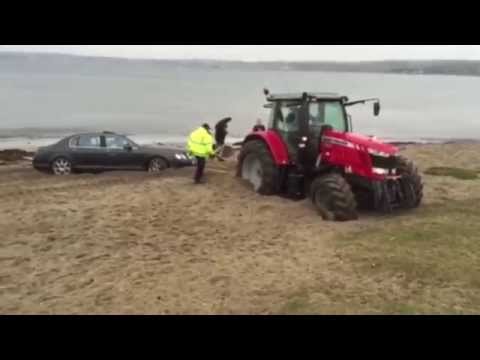 Man Gets Run Over By Bale Of Hay

How to Build Combine Harvester from Matches Without Glue

How to Pick Fruit high up on Trees

All the Lamborghini tractors for 2020 long video